Get fresh music recommendations delivered to your inbox every Friday.

by The Milk Carton Kids 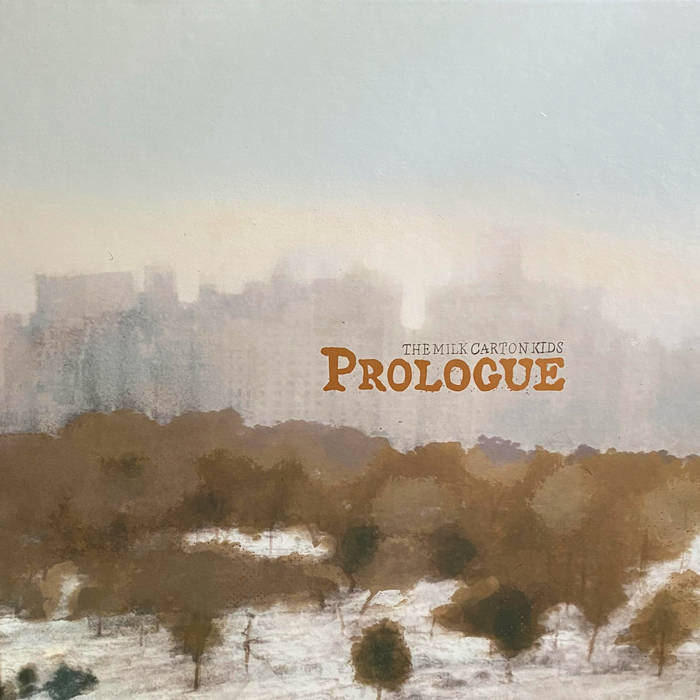 In North Hollywood in April of 2011, on a 5-day break in a 2-month tour, The Milk Carton Kids recorded Prologue — their first studio album. They used four microphones, two guitars, and their two voices. Up to that point they’d been solo artists; experimenting, struggling. In the process of making Prologue they became a band.

Prologue was released on July 19th, 2011, for free. It spread out from the initial group of family and friends who received an email with a link to a zip file (a zip file that still lives on the band’s website, where you can still download the original album, for free), and has now been downloaded hundreds of thousands of times.

Exclusively on Bandcamp, this digital box set is available for free as well starting October 22nd, 2021.

After Prologue, the duo went on to play thousands of shows, dozens of festivals and television appearances, and garner three Grammy nominations. 10 years on, The Milk Carton Kids have become stalwarts of the global folk scene even as the world has changed around them.

This 10-Year Anniversary Deluxe Box Set pulls the curtain back on this seminal album, with original iPhone writing demos, early live versions, rehearsals, photos and other ephemera from the band’s formative days. Discs 2 and 3 tell the story not just of an album coming together, but of a new band forming.

According to Joey Ryan: “We wanted to commemorate this milestone for anyone who has loved Prologue, of course, but also for ourselves. Those early days were such a blur, but we kept so much of it in iPhone recordings, posters, ticket stubs, tour laminates. Putting it all together got pretty emotional. This album totally changed our lives.”

This anniversary edition is accompanied by an original essay from author and music critic Kim Ruehl on the state of folk music in 2010 when TMCK came on the scene, as well as their contribution to it.

“Considering all that was happening in the recording industry during the demise of MySpace and the rise of Twitter—an atmosphere in which literally anyone could record at home on GarageBand or ProTools and throw their music up for an audience to find—Ryan and Pattengale made a different impression. Though they were clearly a couple of guys in costumes on a stage, they may as well be sitting in the living room, speaking in clear, poetic strokes about how they worry for the future and can’t let go of the past—two themes that have rooted folk music for the past few centuries.” - Kim Ruehl, excerpted from "Prologue Forward: A Decade On."

Bandcamp Daily  your guide to the world of Bandcamp